This has been kicking around on my phone for long enough that it's time to post about it! I was approached back in April/May to create an anniversary invitation that resembled a wedding invitation. The pattern for the folio is available on PInterest. 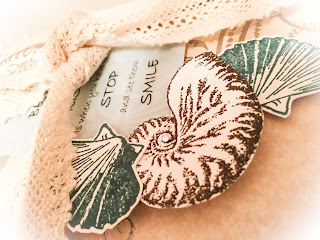 This is the dimensional photo I took for my Instagram feed. It shows that I lifted up the different shells to give them more dimension, and the only photo where I tied the invite shut with ribbon from Michaels which matched my theme perfectly. I was going for shells and beach as requested. 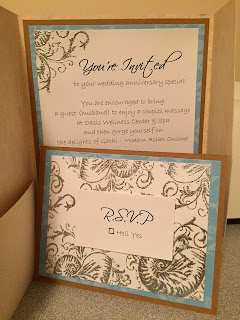 This is the inside - going with the sandy beach theme, I used Desert Sand and Crystal Blue type colors with a slightly darker brown from Michaels. The reason for the RSVP being such a small white rectangle is that I originally messed up something I had stamped on it but it meant that having the shells embossed as a mat against it, turned it into something spectacular.

See mistakes are worth it sometimes. 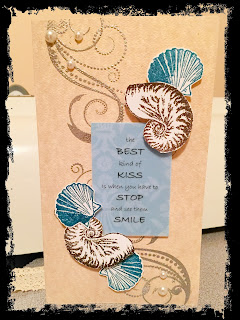 Here is the outside of the folio, closed up but ribbon untied. The blue shell is a Michaels stamp and the brown shell is from CTMH : Quick Cards - Shell (retired), which is the same one I used for the inside and masked all the text on the stamp so it wouldn't show up. And the swirls are from Love Life (retired).

Finally, I finished it off with a bunch of pearls.

The sentiment, if you're wondering is something I found online to go with the invite, printed it off on vellum paper and trimmed it. Then I used vellum tape and hid the visible squares under the shells.
Posted by Sandi at 11:10 AM No comments:

Holy smokes where did the summer go? It's feeling a bit like fall these days. A few exciting things to tell you about in the month of September.

First of all is the New Catalog Release Party!! Are you excited? I am - there's a lot of new products out including new toys to play with like watercolors and watercolor paper! That's gotta make an appearance in the Christmas workshop that I need to start planning.

I'll be raffling off some CTMH stuff to whoever walks in the door and there's wine, chocolate and cookies if you needed a further incentive to stop by! Look forward to seeing you all there!

This month is my favorite month because it's National Stamping Month! Exclusive to this month only three C-size stamp sets have been released for traditional scrapbooking, cardmaking, and pocket scrapbooking. 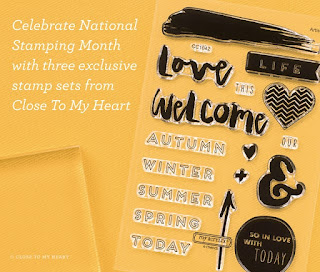 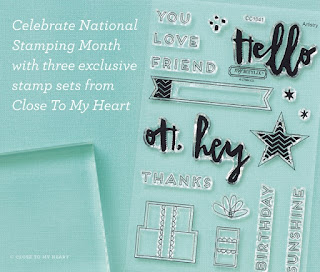 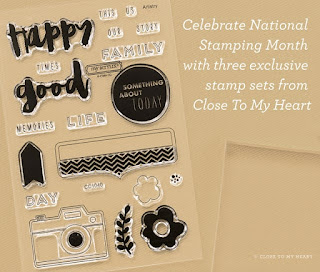 I'm really enjoying the beautiful handwritten-like sentiments; I can never have enough sentiments to choose from and all the accompanying images. They can be purchased for $16.50 each or all three for $41.50 which is a savings of $8.00!

Last, but never least is the gorgeous September SOTM : Paper Garden. These flowers are perfect for adorning all types of cards. 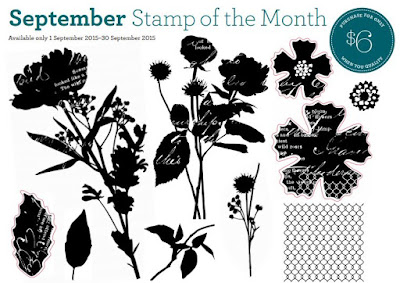 I really like how the script on them is very elegant, and some of these flowers as you can see with the red line around them have a corresponding Cricut shape in the Artiste cartridge.

Hope you are enjoying the last bits of summer! 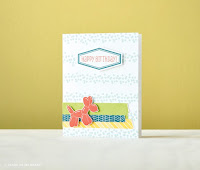 I am based in Calgary, Alta and am mom to three furry cats; of which they seem to enjoy helping out from time to time. If you wish to contact me for questions, idea books or anything else, I can be reached at:

Promote Your Page Too